Time：2021-06-23
Semiconductor technology is one of the complex technologies that human science and technology has developed so far. It is known as the jewel in the crown of modern manufacturing. The world’s complex physical and chemical theories and sophisticated equipment can be seen on the production lines of the semiconductor industry. What we want to talk about is the beautiful things that happen when vacuum encounters chemical vapor deposition.
1. The role of the film
Film is a common item in our lives, generally a thin and soft transparent sheet. Film is widely used in electronics, machinery, printing and other industries, and plays an extremely important role.
In the semiconductor industry, the surface activity of wafers is very high and they are easily polluted. Therefore, thin films are often used to block contaminants and impurities. In addition, due to the natural characteristics of the thin films, the thin films are also often used to produce conductive or insulating layers, and produce reductions. Reflective film improves light absorption and temporarily blocks etching.
2. The preparation of thin films in the semiconductor industry
Due to the high precision of semiconductor devices, thin films are usually realized using film deposition techniques. The deposits on the surface of the wafer will form a continuous and airtight thin film on the surface of the wafer. In the semiconductor industry, the thin film deposition process is a common and important process.
Chemical processes mainly refer to chemical vapor deposition, including atmospheric pressure chemical vapor deposition (APCVD), low pressure chemical vapor deposition (LPCVD), plasma enhanced chemical vapor deposition (PECVD), high density plasma chemical vapor deposition (HDPCVD), electroplating, etc., The physical processes mainly include physical vapor deposition, evaporation and spin coating.
3. Pressure and vacuum
Pressure in physics refers to the force that occurs on the contact surface of two objects, or the vertical force of a gas on the surface of a solid and liquid, or the vertical force of a liquid on the surface of a solid
Vacuum is not really empty, it is a state of pressure relative to standard atmospheric pressure. Vacuum is usually realized by various primary and high vacuum pumps.
4. Application of vacuum in the semiconductor industry
For the semiconductor industry, the main benefits of vacuum are:
1) Create a clean environment to remove unnecessary gas, water vapor and dust.
2) Reduce molecular density, reduce contamination and molecular interference.
3) Increase the mean free path of molecules, or create a plasma area required in semiconductor processes.
4) Reduce the reaction vapor pressure and accelerate the reaction process.
5) Generate adsorption force or power, such as vacuum adsorption manipulator, which is clean and fast.
5. When vacuum meets chemical vapor deposition
Obviously, chemical vapor deposition is a reaction between gases. After introducing vacuum conditions (such as 20~133Pa), the gases under vacuum can be controlled more accurately, the reaction atmosphere is cleaner, the turbulence is greatly reduced, and the molecular free path is lengthened. It is more conducive to uniformity and speed of reaction. The combination of these advantages in chemical vapor deposition is the protagonist we are going to introduce today-Low Pressure Chemical Vapor Deposition, referred to as LPCVD.
Compared with atmospheric pressure CVD, LPCVD equipment has lower overall cost, higher productivity and better film performance, and is more widely used in the film manufacturing process.
6. The powerful performance of LPCVD
Low-pressure chemical vapor deposition (Low-pressure CVD, LPCVD) is designed to reduce the operating pressure of the reaction gas during the deposition reaction in the reactor to a CVD reaction below about 133Pa.
7. The specific application of LPCVD in the semiconductor industry
LPCVD is widely used in silicon dioxide (LTO TEOS), silicon nitride (low stress) (Si3N4), polysilicon (LP-POLY), phosphosilicate glass (BSG), borophosphosilicate glass (BPSG), doped polysilicon, graphite Various thin films such as olefins and carbon nanotubes.
8. LPCVD also faces new challenges
Under the trend of increasingly smaller feature sizes in integrated circuit manufacturing technology, higher requirements are placed on LPCVD equipment.
1) The film stress existing in the low-pressure chemical vapor deposition (Si3N4) process will cause deformation and change the optical and mechanical properties of the film. Excessive tensile stress will cause the film to break, while excessive compressive stress will cause the film Warpage occurs, so it is necessary to study the stress characteristics of silicon nitride films and low-stress silicon nitride technology.
2) In the low-pressure deposition polysilicon (LP-POLY) process, customers demand more and more processes with different film formation rates, and this requires more precise control.
3) The LPCVD furnace tube equipment also has the problems of poor temperature uniformity, poor process repeatability, easy contamination of the chamber and components, difficult maintenance, and many particles.
9. Low-stress, multi-functional LPCVD has become a new research direction
For many commonly used micro-machined materials, such as silicon nitride, polysilicon, etc., stress is inevitable. In some precision MEMS processes, lower film stress is required to ensure smaller device deformation.
10. Low stress and multi-function will strengthen the fundamental position of LPCVD
LPCVD is one of the basic equipment widely used in the field of semiconductor thin film deposition, and it is difficult to be replaced by other film deposition equipment in the short term. Kejia Furnace currently has dozens of customer successful application cases. It is widely used in universities, enterprises and materials industry companies, and is the first choice for semiconductor materials and equipment that customers love. At present, Kejia Furnace's tube furnace, LPCVD Furnace, CVD Furnace and other Lab Furnace equipment have broken through the international leading technology, the industry's first choice brand, you are welcome to consult! 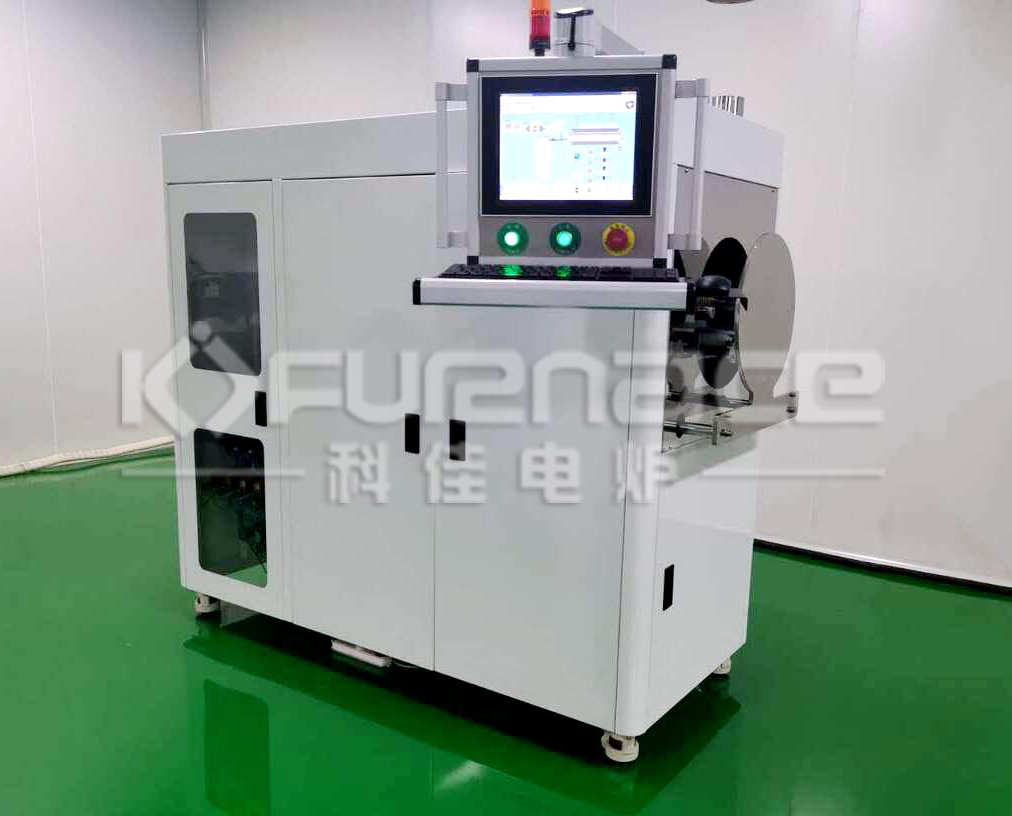