A. Vacuum degree
(l) When the vacuum gauge reaches the limit, i.e. the vacuum gauge does not reach the limit of 133pa. There may be three phenomena in this situation: the first is that there is slow leakage in the vacuum system, and the system leakage detection fails.
Cause and solution: the O-ring of each interface is not clean or the joint nut is not tightened. The common reason is that the large O-ring of furnace door is not installed properly or the aging deformation of O-ring affects the sealing performance after a period of use, so it can be solved by replacing an O-ring;
(2) In the second case, the indication of vacuum degree is abnormal, but the leakage detection of the system is acceptable, and the leakage rate is less than 0.3pa/min.
Cause and solution: it is likely that the pressure sensing part is blocked, which can be eliminated after cleaning. Of course, the possibility that the pumping rate of the mechanical pump decreases can not be ruled out
(3) The third phenomenon is that the vacuum degree cannot be pumped out after cleaning the furnace tube,
Cause and solution: it may be caused by cold trap (particle trap), bellows are not dried thoroughly after cleaning, and residual water is slowly vaporized after vacuum pumping by mechanical pump. Therefore, the bellows and cold trap are required to be dried in the oven after cleaning, and the oven temperature should be kept at 80-100 ℃.

B. When the mechanical pump is vacuumized, the vacuum gauge has no indication (i.e. the pressure is less than 133pa).
Cause and solution: it may be that the furnace door is not completely closed when entering and leaving the boat, and a "squeak" sound can be heard at the furnace mouth. This phenomenon can be eliminated after the furnace door is closed.
C. The deposition rate becomes slower. Under normal conditions, when the furnace temperature, gas flow rate and working pressure are fixed, the reaction rate is basically stable. However, in actual work, we find that the deposition rate sometimes obviously slows down, and the gas flow, furnace temperature and working pressure are normal. This phenomenon is especially common in sih2c12 + NH3 system.
Cause and solution: the flow rate of sih2c12 entering the reaction system is reduced, and sometimes it is difficult to see from the working pressure due to excessive NH3. When the control valve (solenoid valve) or sensing part of sih2c12 flowmeter is disassembled, local blockage can be seen from the small hole, and the rate can be recovered after cleaning.
D. It doesn't deposit. This phenomenon sometimes occurs in the deposition process of polycrystalline silicon film. Because the furnace temperature is required to be 550-620 ℃ during polysilicon deposition, sometimes the heating power switch is tripped due to over-current when the furnace is heating up, and the furnace temperature has dropped to below 500 ℃ during the actual deposition, so the phenomenon of abnormal gas flow and no deposition occurs.

2. Maintenance
In order to ensure the normal operation of CVD equipment for a long time, in addition to requiring the operator to operate and use the equipment correctly, taking some effective methods to maintain the equipment is the key to protect the normal operation of CVD equipment. Therefore, the following measures can be taken:
(l) Make the vacuum system of CVD equipment in vacuum state as far as possible. According to the requirements of CVD equipment, the process gas and by-products produced by reaction are generally strongly corrosive. If
After the deposition of Si3N4 film, if the residual gas is not pumped out in time, it is likely to corrode the gas interface, bellows, vacuum gauge, vacuum pump, etc. Therefore, after the deposition of Si3N4 film, the pumping time of vacuum pump should be prolonged as far as possible to remove the residual gas. When it is not used for several days, turn on the vacuum pump once to improve the serviceability rate of the equipment.
(2) Fill nitrogen in time. After finishing the process, the quartz boat in the furnace tube is equipped with deposited silicon wafers, which must be stored in the environment full of nitrogen to prevent oxidation and corrosion, so as to better preserve them.
(3) Replace the vacuum pump oil regularly. Although the vacuum system used is equipped with a vacuum pump oil filter, it can keep the pump oil clean for a long time. However, for the reaction system such as sih2c12 + NH3, the byproduct NH4Ci white powder is formed at both ends of furnace end and furnace mouth. The deposition of NH4Ci on the wall of bellows and vacuum tube at the back of reaction tube is very serious. It and HCI and other harmful impurities may be pumped into vacuum pump at any time. These particles, constantly a small amount into the vacuum pump, so that the pump oil thickening, blocking the pump oil filtration system, affecting the normal operation of the equipment. Therefore, the vacuum pump oil must be replaced regularly.
(4) Overhaul the solenoid valve regularly. In order to prevent the vacuum pump oil from returning to the vacuum pipeline, a solenoid valve is installed on the vacuum pump. The common fault of the solenoid valve is that there is a small amount of NH4Ci powder in the solenoid valve, which reduces the sealing performance of the O-ring in the solenoid valve, resulting in slow leakage in the vacuum system. The vacuum system of the whole equipment can not maintain vacuum state after shutdown, and only regular maintenance of electricity is required After cleaning the magnetic valve, replace the O-ring in the solenoid valve to make the vacuum system of CVD equipment in vacuum state after film deposition.
(5) Clean quartz tube regularly. In the process of deposition, a layer of film will be deposited on the quartz tube and quartz boat. After each process, the stone boat should be moved in place to avoid the quartz boat and quartz tube adhering. With the increase of process production, the films deposited on the quartz tube and quartz boat become thicker and thicker. After reaching a certain extent, the quartz tube appeared the phenomenon of silicon crack, which also increased the bearing capacity of the whole quartz tube, exceeded its maximum load, and a quartz tube sank to a certain extent (the original two quartz tubes were on the same horizontal plane). As a result, the silicon wafers on the quartz boat also sink together, deviate from the center of the furnace tube, resulting in the uneven deposition of film. Therefore, regular cleaning can ensure the stability and repeatability of the process, so as to ensure the product quality 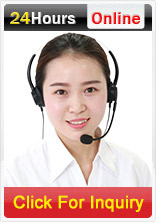